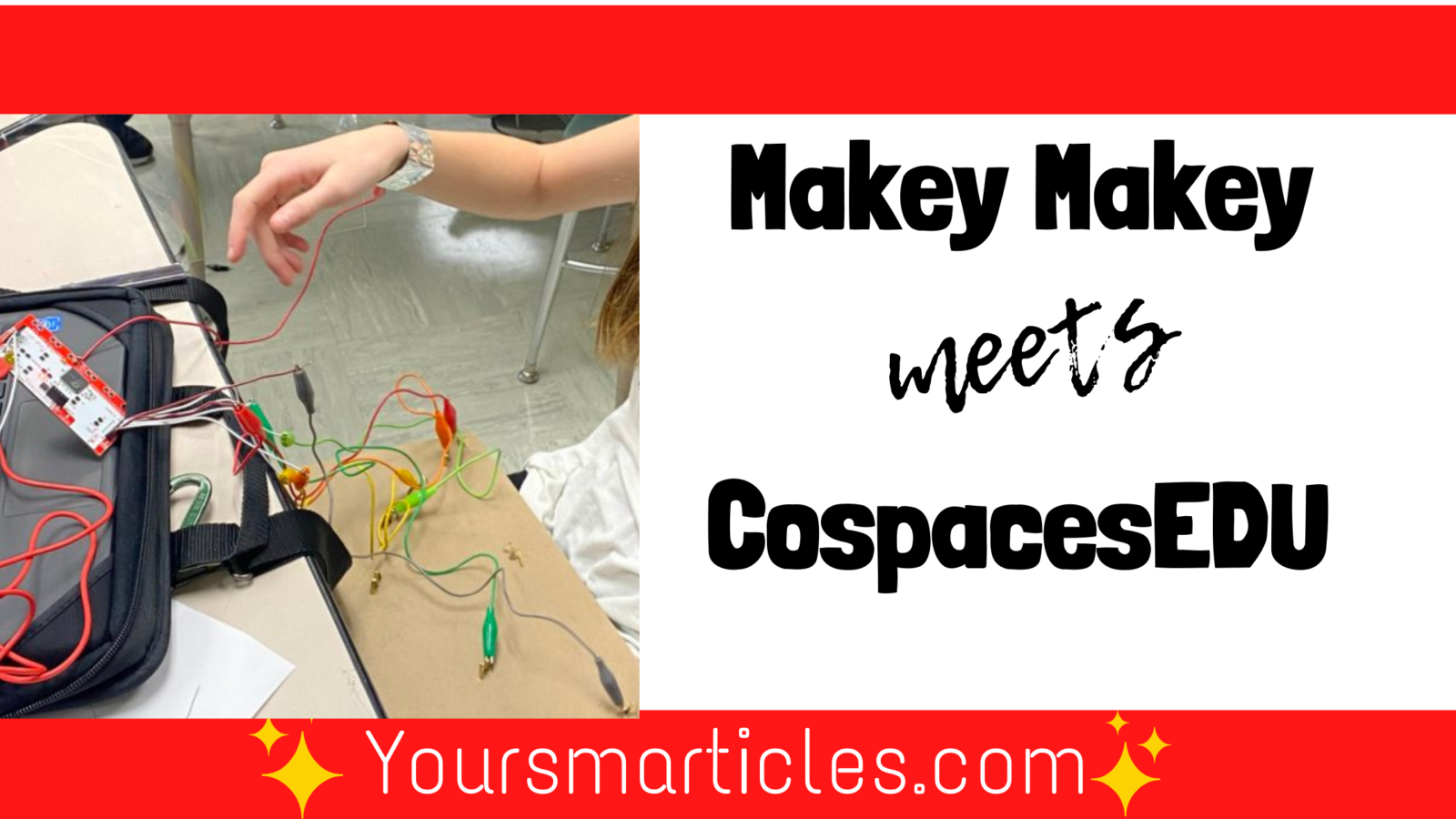 When virtual reality meets ELA class you get a BUNCH of engaged and excited students! That’s what happened for us these past few weeks as we explored Plot Structure using CoSpacesEDU and Makey Makeys.

To get a visual picture of exactly what we did, imagine a virtual world designed by students in CoSpacesEDU. CoSpacesEDU is an awesome  3D creation tool that allows students to design virtual reality environments. The students designed virtual world showing a scene from a novel that they’ve recently read. In the virtual world, information panels were coded to pop up on the screen when certain keystrokes were made. In the case of our project, the panels explained either Exposition, Rising Action (1,2,3) Climax, Falling Action or Resolution. These key strokes were controlled by a cardboard control panel that allowed the user to ‘touch’ a brass fastener serving as a button. Connecting the PC to the Control Panel was a Makey Makey device communicating to the PC which keystroke is represented by the push of the brass buttons on the control panel.

How We Did It

Students then began creating their scenes in CoSpacesEDU. Needless to say, this is where we saw an EXPLOSION of creativity! Students added historic castle scenes, school classroom settings, black and white historic cities, cat-filled fantasy worlds, water worlds with waves and boats or depicted young boys riding their bikes through the wilderness. They added animated dragons, giant flying ravens and beloved fictional characters with their well-known pets. A LOT of creative space was given for students to generate their scenes before diving into the coding aspect of the project.

Step #3: Coding the “Pop Up” Elements

For the code, students were introduced to this general coding block sequence:

This coding sequence is essentially what allowed the Makey Makey to control the experience through the control panel. To guide students in assigning the correct letters on their keyboards, they were given this set of key assignments:

Step #5: Connecting the Makey Makey (and doing a LOT of testing!)

When the projects were finished, students kept connected to their test leads and conducted a gallery walk around the room visiting their peers projects and providing them with constructive feedback.

The students were thrilled to have the opportunity to do something ‘hands on’ They were definitely uninspired with the digital worksheets/notebooks/video instruction they had been immersed in for the past few week. I was just glad we were