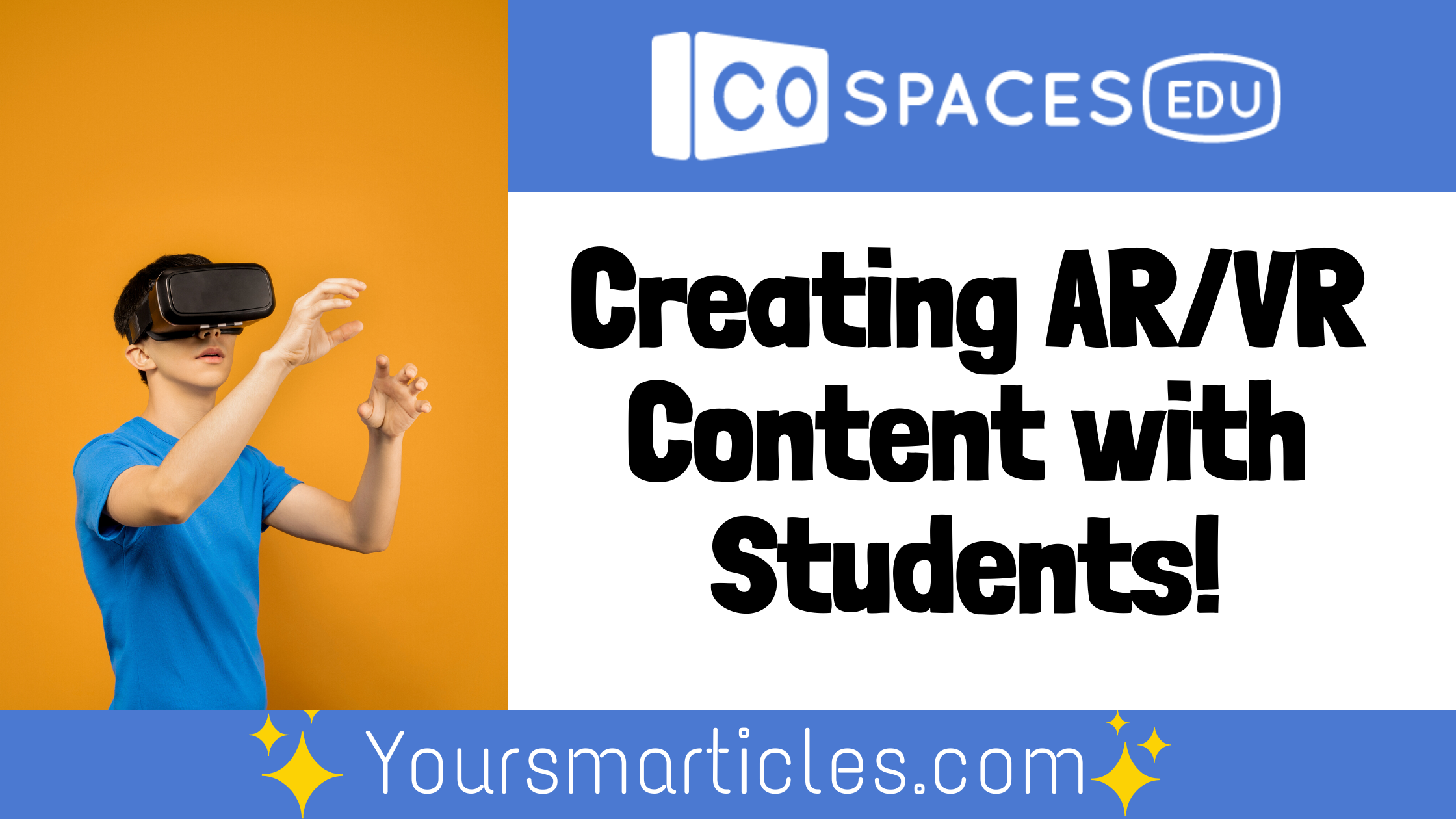 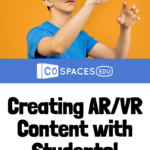 Are you an educator looking to venture into the world of Virtual and Augmented Reality? If so, CoSpacesEDU might just be what you’re looking for!!

When I mention CoSpaces, the name doesn’t do justice for ALL of the things that CoSpaces can do. I like to think of it as a Virtual Reality design space that is user friendly for kids AND teachers. CoSpaces gives you a virtual “world”, and you can add ANYTHING you want to that world including animated animals, cars, plants and/or even upload your own creations! And when those virtual creations are finished, they can ALSO be viewed in Augmented Reality!

It’s important to know that designing in CoSpaces requires a web-based application. It works fantastic with Google Chrome. As my students use ChromeBooks, that’s primarily how I have them access it. When students make creations and want to view them in Augmented Reality, they use the CoSpacesEDU app on a device (iOS, GooglePlay, Microsoft Store).

When you log-in to CoSpacesEDU, you have the choice of creating a 3D environment, 360 Environment or to build content for the Merge Cube. There is a library of built in assets from animated unicorns to jet planes and you can code movement, modify item physics, upload your own text and images and more!! Kids LOVE getting in there and building because it feels like FUN! Many will say it remind them of Minecraft on steroids. You’ll love using it because it’s educational and opens the door to endless project based learning activities.

CoSpacesEDU offers FREE Pro-Trial Accounts for new users. You can get one by using COSMARYHO as your activation code! This is a GREAT way to give the platform a try and experiment to see if you (and your students) like it. I PROMISE….you’ll be hooked!!

CoSpaces and the Merge Cube

One of my FAVORITE features of CoSpacesEDU is the ability to make customized creations for the Merge Cube that can be viewed through the CoSpaces EDU App. Take a look at the example below:

This One and Only Ivan Cube was created by having students edit 6 square Google Slides. They then uploaded those slides to CoSpacesEDU and attached them to a virtual Merge Cube! Activating the CoSpacesEDU App allowed them to view their creation in augmented reality on their Merge Cubes. Don’t have a Merge Cube? That’s ok!! Grab this FREE foldable-merge-cube!

Want to learn MORE about how to make the One and Only Ivan Cube? Watch this STEP-BY-STEP TUTORIAL!

Once we learned how to customize the Merge Cube, it opened the door to a HOST of great Merge Cube projects created in CoSpacesEDU. We created biocubes, plot summary cubes, book report cubes, MoleCubes, vocARbulary cubes and MORE!!!! Check out the project ideas here!

Creating engaging content in virtual reality spaces doesn’t have to be difficult! I encourage you to give CoSpacesEDU a try, you’ll be glad you were